Cloud native interest and uptake is growing fast. With that comes the need for networking to keep pace, in particular where pod-to-pod and pod-to-service connectivity is concerned. Yes the notion of a Kubernetes CNI network plugin defining an API for managing cluster pod networks is there. And there are multiple tested and deployed Container Network Interface (CNI) network plugins enabling pods on the same or different hosts to talk with each other. One could say that Kubernetes Pod Networking 1.0 is complete.

What is needed for K8s Pod Networking 2.0?

It goes without saying that Pod Networking 2.0 must be 100% Kubernetes compliant and private, hybrid and public cloud-friendly. In addition it is ideal to utilize existing open source project software to build and deploy solutions.

The important features are: 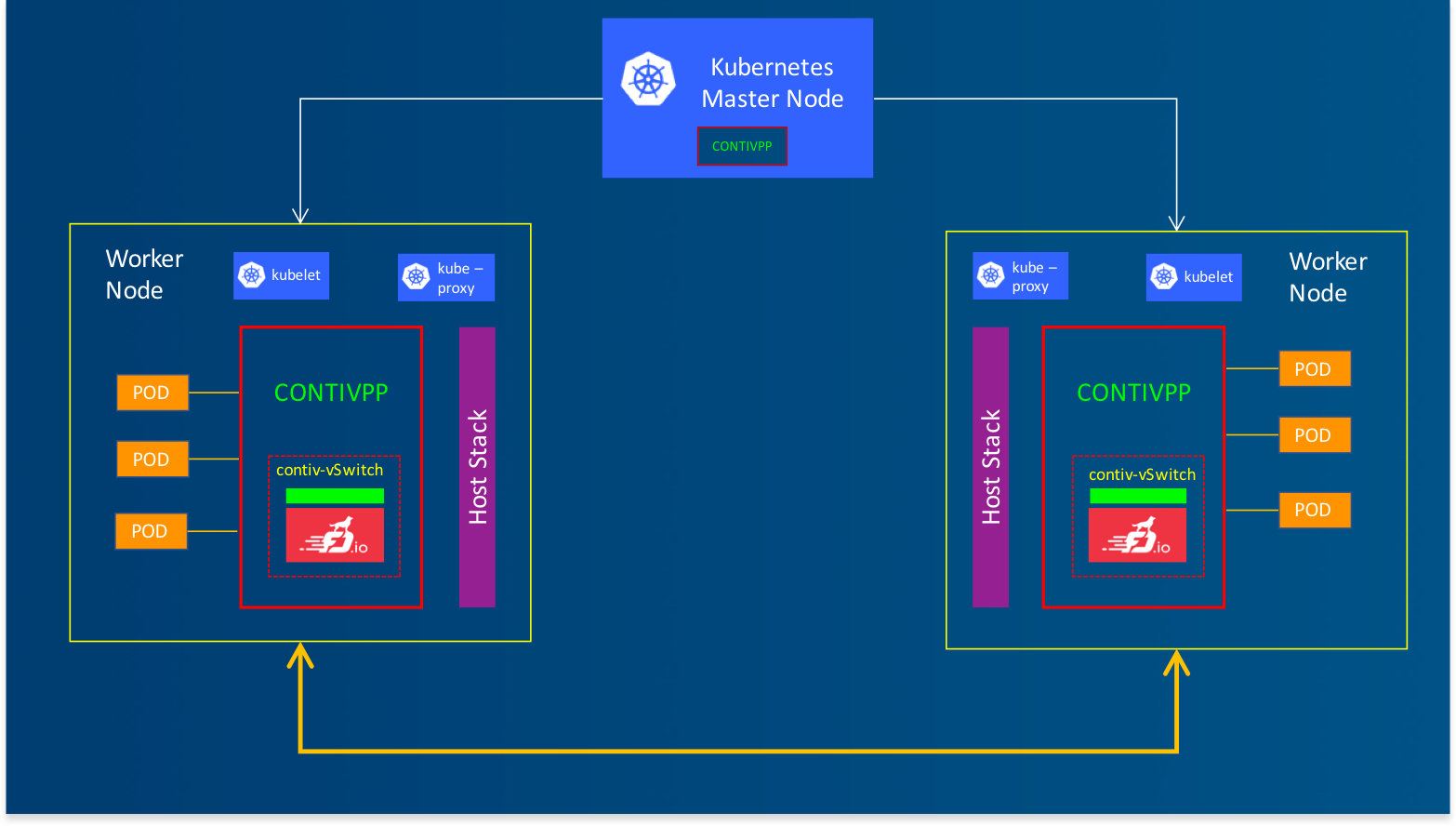 Contiv-VPP is like any other CNI plugin and thus contains all of the usual “hooks” to bootstrap and manage the network. Nothing new there.

Conceptually at a high level, there are Contiv-VPP control plane components (ksr, etcd) on the master node that receive and store k8s policy and service updates in an etcd datastore. On all nodes, there are contiv components that listen for updates and program the dataplane. The contiv-vswitch includes the Ligato VPP agent and FD.io/VPP packaged in a single container.

The unique aspects of Contiv-VPP are: